Nearly Half Million Dollars In Endoscopes Stolen From Pennsylvania Hospital 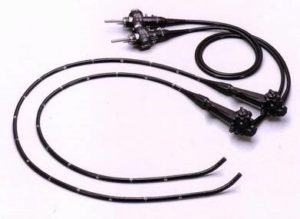 During a recent weekend shift, nearly a half million dollars’ worth of colonoscopes were stolen from a hospital outside of Philadelphia. 3 thieves were suspected of walking out of Lankenau Medical Center with the equipment in broad daylight.

This is not the first time this has happened with flexible endoscopes. In 2017, over $1 million dollars in endoscopes and related equipment were stolen from Toronto Western Hospital, among other similar thefts. In both the Toronto Western Hospital and Lankenau Medical Center thefts, the equipment was stolen during the weekend, when hospital activity is considerably lower. As this article from Philly.com explains:

“Police are searching for three people who walked into Lankenau Medical Center in Wynnewood over the weekend and stole 18 colonoscopy devices worth a combined $450,000.

“What we’re finding out is that there’s a black market available for them,” Lower Merion Police Superintendent Michael J. McGrath said Thursday.

The theft happened between 3 and 5 p.m. Saturday, police said, after a newer-model Jeep Wrangler dropped off two of the three suspects at the front of the Lancaster Avenue hospital. They made their way to a “secured area,” police said.

“They appeared to know precisely where to go, and they pried the door open,” McGrath said.

Surveillance video shows the suspects walking out of the hospital carrying three bulging backpacks. The theft was reported to police two days later, about 7:20 a.m.”

The issue, which has been experienced before by many hospitals in the US, continues to highlight the need for hospitals to increase security on their fleet of endoscopes that are often valued in excess of $1 million.  Additionally, the Joint Commission checks to make sure that flexible endoscopes are routinely locked in cabinets during their inspections. With both of these forces requiring them to focus on security, hospitals can use regular roll-top endoscope cabinets, or turn to higher-security endoscopy cabinets for flexible scopes such as iRIScope from Mobile Aspects.  These higher-security options include RFID technology and secure badge access to ensure that only people that should be touching their expensive scopes are able to do so. They also provide many other tracking and security features including missing scope alerts and patient safety alerts.