Olympus Denies Link Between Its Scopes And Superbugs 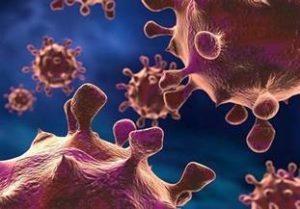 In response to a recent research report by the International Consortium of Investigative Journalists (ICIJ), Olympus has claimed that there is no link between its endoscopes and for a series of over 200 superbug infections around the world.

The constant legal battles that Olympus is facing have yet to find the Japanese company solely responsible for any of the deaths. As this article from the Kyodo News elaborates:

“There is no fact that the cause has been determined regarding the matter,” Olympus said in a statement released Tuesday.

Olympus said, “We are faced with civil lawsuits in connection with a duodenum endoscope. We will make our cases in court regarding what has been reported.”

The International Consortium of Investigative Journalists said there had been nearly 200 cases of “superbug” infections following the use the TJF-Q180V duodenum endoscopes in Europe and the United States between 2012 and 2015.

The ICIJ also revealed that an Olympus executive in Tokyo sent an email in 2013 to the company’s U.S. arm stating, “It is not need (needed) to communicate to all the users actively” about the possibility of infection due to the use of Olympus duodenum endoscopes.

“You should communicate with the user who has asked a question,” the email, which was presented as evidence in lawsuits, said.

Olympus did not mention the email communication in the statement.”

Regardless of the outcome of the ongoing legal cases with Olympus, hospitals must ensure that they’re doing everything they can to protect themselves and their patients from harm. Documentation of rigorously followed procedures will become a must have for the hospitals in case of any legal issues. Make sure that you are investigating automated documentation systems such as iRIScope, which can make the capture and reproduction of such documentation seamless, and reduce the amount of time sterile processing staff spend documenting their work.  This documentation can be the difference between successfully defending hospital staff in court and severely damaging a hospital’s reputation and pocketbook by losing a lawsuit related to patient safety.