Are You Maximizing Your Revenue Per Procedure? 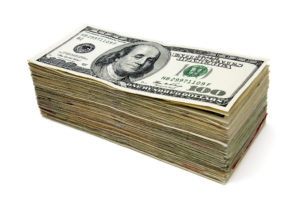 In today’s healthcare environment, it’s more important than ever to maximize the revenue your hospital is receiving for each procedure. Hospitals are being squeezed from both ends – declining reimbursements and increasing supply costs for more complex medical devices.

Research shows that the average 350-bed hospital is missing $22 million in revenue capture opportunities per year (read original article here).  With the average hospital generating 48% of its revenue from surgery, what can the procedural areas like the ORs, Cath Labs or Interventional Radiology do to ensure that their hospital is getting paid what they deserve?

It’s all about documentation

For so many reasons, documentation ends up playing a very important role in the revenue equation for hospitals. Making sure that documentation is completed up front and accurately is the number one way staff can help their procedural department maximize revenue for the following reasons:

Many hospitals claim that most or all of the procedures that they perform are subject to capitated reimbursement. A growing number of procedures are being covered under a bundled payment model by the Centers for Medicare & Medicaid Services.  Even in these instances when medical devices aren’t directly reimbursed, having accurate documentation remains critically important.

For many procedures, the amount that is paid out in a fixed payment model is based on case complexity or complication. From a financial standpoint, the goal is to maximize complexity of the case to ensure the highest possible payment for the procedure performed.  However, billing departments have conflicting priorities – on the one hand they want to maximize revenues and on the other they want to minimize denials.  Therefore, billing will submit a claim for the highest possible reimbursement that the documentation of a procedure clearly supports, even if the actual work performed deserves a higher payment.  Hospitals are being underpaid for their work when documentation in a procedure doesn’t match with the work completed – the net result is that dollars that the hospital has earned for their work are going uncollected.

Case mix index (CMI) often comes up as a source of confusion and misunderstanding by clinical staff.  The impact of CMI is widely misunderstood – it is widely tracked by employees on the financial side of the hospital, but not monitored nearly as closely on the clinical side.  CMI is an important performance indicator for your hospital because of how it directly impacts revenue.

The issues with medical device documentation

Because each undocumented medical device is a lost revenue opportunity for a hospital, there needs to be a dependable system for each medical device to enter into the hospital billing system when it is used.  Many hospitals today are missing out on revenue due to the following issues with their charge capture process:

Nearly every industry has turned to automation to drive financial and operational improvements in their supply chain, however many hospitals are still manually tracking millions of dollars of medical devices or using antiquated technologies. There are many hospitals that are still using carbon copy receipts, stickers or hand-written logs to track medical device documentation.  Many times these manual methods are later digitized by another staff member keying in this data into multiple systems such as the EMR, billing or materials management software.  A manual tracking process, coupled with an error-prone keyboard entry process, can lead hospitals to miss or incorrectly document 20-30% of their medical devices.

For many reasons, clinical staff in charge of documenting medical device usage occasionally miss the chance to document a device.  They are being pulled between many different roles including patient care, procedural assistance and administrative duties.  With so many responsibilities, charge capture often becomes a low priority event, even with the negative effect this has on their hospital’s finances.  Many clinicians save this task for the end of the day, but by that time several details surrounding which medical devices were used on which patients have disappeared. Staff do the best they can with the information they are given, but 100% accuracy is no longer possible.  Our research shows that this leakage due to delayed documentation can result in 15-20% of all medical devices going undocumented against the patient.

Modern software systems such as iRISupply have been introduced in recent years to help hospitals automate the way they document the usage of medical devices. Systems like these utilize RFID technology to track the usage of medical devices at the point of selection from inventory and/or at the point of use. Utilizing this technology can allow hospitals to accurately document their medical device usage at a rate approaching 100%. This is because staff are no longer manually keying in information or waiting until after a procedure to complete documentation.  Instead, documentation is being completed in real-time without any human intervention.  In addition to the financial benefits this will bring, staff now have higher satisfaction because they can spend more time doing what they do best – patient care.

These systems also generate a lot of valuable data that can be turned into actionable insights.  You now have access to the exact usage data for all of your medical devices in real-time. You can begin to drill down into insights like: which physicians are spending more than others for similar procedures; what is your true cost per case; and where do you have opportunities to reduce your inventory carrying cost.

Using an automated medical device documentation system such as iRISupply will provide numerous operational and financial benefits to your hospital. Most importantly, you’ll re-claim valuable dollars by plugging the holes that are leading to your hospital’s charge capture leakage. The return of your hard-earned dollars will be accompanied by an increase in employee satisfaction due to their reduced administrative burden. You’ll also have access to analytics and customizable filters that will allow you to glean actionable insights from your procedural areas so you can continue to make improvements.

To start on your medical device automation journey, visit Mobile Aspects and request a demo to see how their system can help streamline the medical device documentation process at your hospital.