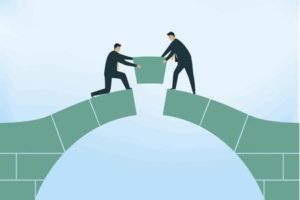 With the constant shift in the payor environment, and the continuing consolidation of the hospital market, many healthcare providers are having to search for new ways to cut costs and increase revenues just to stay profitable. There are so many places that hospitals can unlock additional dollars, but where should they start?

The management team at Trinity Mother Frances Hospitals and Clinics in Tyler, TX was recently tasked by their CEO to quickly uncover $25 million in just 10 days. They were forced to make up for lost revenue due to a coverage change at their local Blue Cross Blue Shield insurer that resulted in lower volumes. This article by Alex Kacik at Modern Healthcare describes their experience:

“Rather than hiring consultants, system executives including [Todd] DeRoo and Ali Birjandi, vice president of performance improvement of Christus Northeast Texas, formed different teams spanning information technology, surgery, cardiac care, clinics, purchased services, pharmacy and laboratory services—each of which had individual financial targets. They brainstormed ideas with all levels of staff to cut costs in areas including revenue cycle, labor productivity, supply chain, length of stay and purchased services. The teams, each of which involved physicians, met regularly and were led by appointed team leaders and steering committees.

Trinity’s clinic, which included some 630 doctors, renegotiated its contract with Johnson & Johnson for its arthritis and Crohn’s disease drug Remicade to net $800,000 in savings. The lab department identified expensive tests that were routinely ordered but not always necessary. They went through all the lab order templates in the electronic health record and in one instance found about 6,000 unnecessary tests as part of the order set.

Without a true partnership with the physicians, big changes are near impossible, Birjandi said. “It’s not just the cost of the material but the labor costs and the quality of it,” he said. “Here we are sticking patients with needles unnecessarily. It went beyond expense reduction—we reshaped service and quality.”

They used a database to benchmark costs, productivity and resource utilization against comparable providers, which was particularly enlightening for the doctors, DeRoo said. The data motivated teams to reduce utilization, improve efficiency and better manage costs.

Over a 12-month span, the system saved more than $25 million—$7 million in labor management, $6 million in non-labor control, $6 million in contract renegotiation and $6 million through shorter lengths of stay. The system produced a double-digit margin last year, which it used to reinvest in technology and four new catheterization labs. Management rewarded teams that generated the most dollar savings, the most ideas and had the greatest physician participation with team dinners and other incentives.

They have evolved from one-time projects to embedded practices. The Christus system now employs similar team-based tactics throughout its hospitals in northeast Texas as well as in the San Antonio and Santa Rosa markets.

Beyond cost savings, it has spurred a new collaborative culture that partners administrative and physician leaders in systemwide decisions, Birjandi said. “It seeps into the culture,” he said. “Directors and managers are constantly looking for ideas. An entire organization is helping management reduce costs 24/7 as if it is their own business.”

Read the entire article here: How to find $25 million in 10 days

As the article states, hospital and finance leaders looking to drive big savings need strong data to support the difficult decisions ahead of them.  Documentation and inventory management software such as iRISupply can help drive significant changes to the operations of your procedural areas, like the Operating Rooms, Cath Labs, Electrophysiology Labs and Interventional Radiology – where hospitals make and spend 50% of their dollars.  These systems offer the rare benefit of an increase to your revenues and a decrease to your costs, via optimization of the supply chain and improvement to clinical documentation.  Improvements to the supply chain in these areas are accomplished by optimizing inventory levels, eliminating costs of expiration and drastically reducing the administrative burden of implant documentation on the clinical staff.  Increasing top line revenues are experienced through the accurate documentation of your implant and supply usage during your procedures, ensuring hospitals are paid what they deserve. Make sure the data in your organization allows you to drive the decisions you need to make to accomplish your lofty cost transformation goals, otherwise the climb will be even harder.