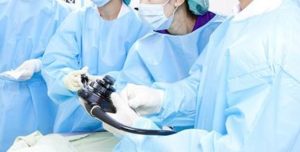 A recent study conducted by Johns Hopkins reveals that colonoscopies performed at ambulatory surgery centers lead to post-procedure infection rates that greatly surpass previous estimates. The study, sponsored by the US Department of Health and Human Services and the Agency for Healthcare Research and Quality, studied the results of colonoscopies and upper-GI endoscopies (EGDs) performed at outpatient centers.

“An analysis of data from 2014 shows that patients who had one of the common procedures at facilities known as ambulatory surgery centers, or ASCs, were at greater-than-expected risk of bacterial infections, including E. coli and Klebsiella. Results of the study were published online this month in the journal Gut.

“Though patients are routinely told that common endoscopic procedures are safe, we found that post-endoscopic infections are more common than we thought, and that they vary widely from one ASC facility to another,” says lead researcher Susan Hutfless of Johns Hopkins University.

Colonoscopy is one of six options suggested by the American Cancer Society for colon cancer screening. The traditional recommendation is that patients be regularly screened starting at 50, but the ACS recently reduced its recommended age to 45.

Upper-GI endoscopies, known as EGDs, can be used to diagnose a number of problems in the upper digestive tract, including heartburn, swallowing issues, and abdominal pain.

Each year in the United States, there are more than 15 million colonoscopies and 7 million EGDs. Both procedures are performed with an endoscope, a reusable optical instrument that gives doctors a view of a patient’s gastrointestinal tract. Besides screening and diagnosis, they can be used for procedures such as removing polyps without invasive surgery.

Post-endoscopic infection rates were previously believed to be in the neighborhood of one in a million, Hutfless says. The new study found a rate of infection seven or fewer days after a procedure was slightly higher than one in 1,000 for screening colonoscopies and about 1.6 per 1,000 for non-screening colonoscopies. Rates for EGDs within that time were more than three per 1,000.

Patients who had been hospitalized before undergoing one of the procedures were at even greater risk of infection. Since many ASCs lack an electronic medical record system connected to hospital emergency departments, those ASCs are unlikely to learn of their patients’ infections, Hutfless says.

“If they don’t know their patients are developing these serious infections, they’re not motivated to improve their infection control.”

Though the nation’s first ASC was established more than 40 years ago, the facilities gained popularity over the past 20 years as more convenient, less expensive alternatives for outpatient surgeries and other procedures.

The team found evidence that, among the ASC post-procedure infections, the rates were slightly higher for diagnostic procedures than for screening procedures.

ASCs with the highest volume of procedures had the lowest rates of post-endoscopic infection.

According to the Ambulatory Surgery Center Association, in 2017, 64 percent of ASCs were owned by physicians and 28 percent were affiliated with hospitals or health systems.

While the overwhelming majority of ASCs follow strict infection-control guidelines, says Hutfless, she and her team found infection rates at some ASCs more than 100 times higher than expected.”

The infection risk with endoscopes continues to be a major worry for both surgery centers and hospitals. Facilities must ensure staff are trained on general infection control principles and must adhere to reprocessing best practices. To ensure that your staff is following reprocessing best practices on every scope they disinfect, think about installing additional checks and balances into your workflow so that you can document that the staff is following the same process each time. Software systems such as iRIScope have been introduced in recent years to help hospitals and surgery centers ensure that each of their flexible endoscopes is reprocessed the proper way each time, and documentation of their reprocessing is kept electronically using advanced RFID technology.