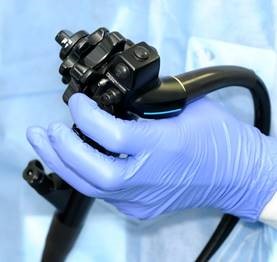 Springfield, Massachusetts-based Baystate Medical Center is notifying nearly 50 patients that a recent colonoscope procedure may have exposed them to a life-threatening illness.  The news was reported by Masslive.com, and continues the trend of endoscope-related safety issues across the US.

Noble Hospital, which was acquired by Baystate Health in 2015, was found to have had similar faulty endoscope reprocessing techniques in 2013. In that incident, it appears that a channel of an endoscope model was not being properly flushed leading to potential cross-contamination.  In that case 293 patients were notified, and at least one patient tested positive for an infection – not necessarily from the endoscope in question.

This story by Jim Kinney at Masslive.com explains:

“Baystate Medical Center has warned 49 patients who received bowel surgery that the colonoscope used in their surgeries may not have been cleaned properly.

The problem is that on one occasion a single channel on a colonoscope had not been cleaned properly, Baystate spokesman Keith O’Connor wrote Tuesday in an email to The Republican. The channel in question carries sterile water used to flush the area of the procedure.

The incident is similar to one at Baystate Noble Hospital in Westfield that came to light in 2015.

The Massachusetts Department of Public Health has oversight of Baystate and regulates sanitary procedures.

”The Department has been made aware of the situation by Baystate Medical Center and is looking into the matter,” wrote DPH spokeswoman Marybeth McCabe in a statement to The Republican.

O’Connor said that in this most recent incident, there has been limited use of the scope in question over the past few years.

Baystate has identified the patients involved. Hospital staffers telephoned patients, and Baystate sent letters to the patients on Friday.

“While our clinical team believes the risk to patients was extremely low and we have no basis to believe this issue has caused any illness to any patient, we have offered precautionary testing to all of these patients,” O’Connor said. “We reached out to our patients, shared information directly and extended an apology.”

The involved patients were also given a number to call, a number that the hospital did not make public.

“Patient health and safety are our highest priorities and we have evaluated scope cleaning procedures in all areas of our hospital to assure that this issue was an isolated one,” O’Connor said.”

This story once again reminds us how important it is to inspect what you expect. The hospital in question has been through similar investigations in the past when its sister hospital was revealed to have had similar challenges in 2016. Without proper examination and verification, the steps that we take for granted every day can be skipped or forgotten by even the most competent staff member. Automated documentation systems such as iRIScope can make the capture and reporting of such steps seamless, while reducing the amount of time sterile processing staff spend documenting their work.  Make sure that you work with your team to identify any potential issues in your scope reprocessing workflow, and continue to gather data and provide it back to the team to track their progress to the ultimate goal – 100% patient safety.