Olympus Continues To Set Aside Reserves For Expected Scope-Related Lawsuits 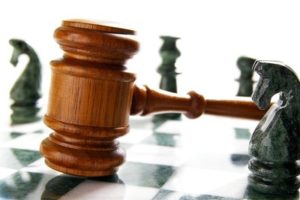 As the United States Department of Justice continues to examine Olympus’ role in infections related to the use of its duodenoscopes, the company is setting aside millions of dollars in reserves to cover expected losses from related lawsuits. As the leader in duodenoscope and endoscope sales in the US, Olympus expects to bear a majority of the losses from the DOJ investigation.

Olympus’ role in the illnesses of hundreds of patients worldwide who underwent procedures with contaminated scopes continues to be the focus of the investigation. Though the DOJ had no comment on the current status of the investigation, this article by Jon Harris of The Morning Call further explains:

“…The company said in a notice Tuesday that it recorded a reserve of 9,653 million yen — or about $85.6 million in U.S. dollars — in the second quarter of its current fiscal year, which will end March 31. While the ultimate loss will be dependent on the probe’s final outcome, Olympus said it believes the reserve amount is “reasonable as expected losses according to the status of the investigation.”

“The company has cooperated fully with the Department of Justice,” said Mark Miller, a spokesman for Olympus Corp. of the Americas in Center Valley. “As the matter is still pending, it would be inappropriate for us to comment further.”

It’s been more than three years since Olympus received subpoenas, in March 2015 and August 2015, from the Justice Department, seeking information about the duodenoscopes the company manufactures in Japan and sells across the globe. Federal prosecutors also sought information about Olympus, which controls about 85 percent of the U.S. market for gastrointestinal scopes, from hospitals that experienced deadly outbreaks of antibiotic-resistant bacteria in patients following procedures that used the duodenoscopes.

The Justice Department did not immediately respond to a request seeking comment on the status of its investigation.

As many as 350 patients at 41 medical facilities in the United States and worldwide were infected or exposed to contaminated scopes from Jan. 1, 2010, to Oct. 31, 2015, according to a U.S. Food and Drug Administration document obtained by the House Committee on Oversight and Government Reform and made public in mid-April 2016. While that document did not list how many deaths were reported, many medical facilities, including Huntington Hospital in Pasadena, Calif., and UCLA’s Ronald Reagan Medical Center, have confirmed that several patients died during that time period after being infected with bacteria tied to medical scopes.

While Olympus is, by far, the largest seller of duodenoscopes, Fujifilm and Pentax also sell the devices in the United States.

In Olympus’ case, its TJF-Q180V duodenoscope came under scrutiny because the device’s closed-channel design made it difficult to clean, leaving the potential for bacteria to become trapped and then transmitted from patient to patient. In January 2016, Olympus announced it was recalling and redesigning the device, replacing its forceps elevator mechanism with a new design consistent with a submission cleared by the U.S. Food and Drug Administration. The FDA said the new design created a tighter seal, reducing the potential for leakage of patient fluids and tissue into the closed elevator channel.

Across the United States in 2016 and 2017, Miller said Olympus “inspected and/or repaired” more than 5,800 duodenoscopes and also performed more than 4,000 educational and training visits to more than 1,700 customer sites.

Duodenoscopes, a flexible, lighted tube threaded through the mouth, throat and stomach into the top of the small intestine, are used during endoscopic retrograde cholangiopancreatography (ERCP), most commonly performed to diagnose and treat conditions in the pancreas and bile ducts. The FDA says duodenoscopes are used in more than 500,000 ERCP procedures each year.

More recently, on March 9, the FDA issued warning letters to Olympus, Fujifilm and Pentax for failing to comply with a federal law that required them to conduct postmarket surveillance studies to assess the effectiveness of reprocessing the duodenoscopes.

Miller said Olympus, which responded to the FDA on March 23, has undertaken significant efforts to enroll the studies, but there have been challenges with the enrollment.

Read the entire article here: Olympus setting aside more than $85 million related to federal investigation into its scopes

Olympus, other scope manufacturers and hospitals can all expect lawsuits from scope-related infections to increase in coming years based on the DOJ’s findings. In trials like these, documentation of rigorously followed procedures will become a must have for the hospital’s defense.  Automated documentation systems such as iRIScope can make the capture and reproduction of such documentation seamless, and reduce the amount of time sterile processing staff spend documenting their work.  This documentation can be the difference between successfully defending hospital staff in court and severely damaging a hospital’s reputation and pocketbook by losing a lawsuit related to patient safety.