Survey: The Charge Capture Function At Hospitals Is Too Slow And Error-Prone 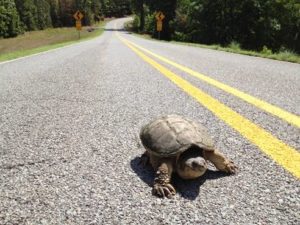 The survey asked respondents to give insights into several parts of the charge capture function, who highlighted the long road ahead for most hospitals when it comes to having a dependable revenue cycle. As this article by Jacqueline LaPointe at RevCycle Intelligence continues:

“The healthcare revenue cycle hinges on accurate and complete charge capture. However, the survey showed providers have room to improve the charge capture process.

Provider organizations may want to move charge capture up on their priority lists to prevent revenue losses and reimbursement delays, researchers advised.

Missing charges and charge lag are the top charge capture challenges, according to respondents.

Failing to capture a charge can result in significant financial losses. Despite its impact on the bottom line, about two-thirds of revenue cycle leaders (68 percent) reported that between one and ten percent of their total charges were under-coded, and 20 percent said under-coding impacted 11 percent or more of their charges.

More than half of the respondents (56 percent) stated that between one and ten percent of their total charge were over-coded, while 14 percent said it is 11 percent or more of total charges.

Over-coding charges may bring in additional revenue for a provider organization. However, the reimbursement is not compliant and major payers are likely to recoup improper payments through costly audits. CMS particularly is bolstering its auditing services to ensure claims are paid properly.

Provider organizations are starting to feel the auditing pressure. Approximately 56 percent of revenue cycle leaders said CMS or another payer audited their organization more than once.

Just one-third of respondents said they have never been audited. Another eight percent were uncertain or unwilling to share.

In terms of charge lag, only about one-third of revenue cycle leaders (32 percent) said their organization captured charges within 24 hours, and just two percent reported charge capture in less than an hour.

Additionally, revenue cycle leaders identified their EHR systems as a major charge capture challenge. Specifically, they cited a lack of integration between EHRs and other technologies.

EHRs are the dominant health IT system used for charge capture, according to the survey. One-half of revenue cycle leaders said they exclusively use the EHR to capture charges, and 84 percent of all respondents rely at least partly on their EHR system for charge capture.

As the article states, there is a large quality and speed gap with the charge capture function at many hospitals. While most leaders believe that charge capture is vital to a hospital’s success, there is not much movement to improve the function. One way healthcare providers can counter this is to arm their staff with the necessary tools to provide accurate and complete documentation of their encounters. For example, automated data capture systems, such as iRISupply, can provide high quality data by integrating RFID data capture technology directly into your EMR, eliminating the need to have staff re-enter supply and implant information into the EMR during hectic procedures. This will ensure charge capture quality is high, manual documentation requirements are low, and will reduce the frequency of over- and under-billing scenarios. The automation of the supply and implant capture can also speed up the charge capture function to less than a day, something that only 34% of respondents claimed was possible today.