The Benefits Of Proactive vs. Reactive Clinical Documentation Improvement 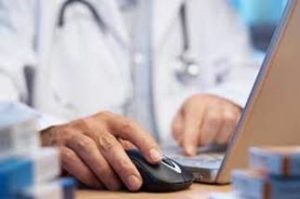 Many hospital financial executives view clinical documentation improvement (CDI) efforts to improve capture revenue as a purely financial gain for their hospital. This is a perfectly valid reason for pursuing CDI initiatives, as all major investments should have a financial return to the hospital. However, re-examining CDI efforts and changing from a proactive to reactive improvement effort can yield additional benefits to the hospital beyond increased reimbursement.

Many CDI efforts are focused around the correction or improvement of clinical documentation after a procedure or encounter, often without the physician’s involvement. However, this article by Glenn Krauss at ICD10 Monitor highlights the additional benefits that can be gained by pursuing behavioral improvements in documentation from the clinical staff. Pursuing these improvements at the root of the problem can have additional benefits beyond financial gains, as the article reports:

“According to a Black Book survey of revenue cycle and coding management professionals from April 2017 to September 2017, 87 percent of hospital financial officers claim that the biggest motivators for adopting additional situations are to provide improvements in case-mix, resulting in increased revenues and the best possible utilization of high value clinical documentation improvement specialist. (Black Book Survey)

While I am philosophically at odds with chief financial officers (CFOs) treating CDI programs as cash cows or winning lottery tickets, the fact of the matter is all hospital services must positively contribute in some form or fashion to the revenue cycle and clinical documentation integrity initiatives are no different. A byproduct of an effective clinical documentation improvement program is solid reimbursement clearly supported by sustainable sound principles of documentation, emphasizing the necessity for clear, concise, contextually consistent clinical documentation.

Unfortunately, CFOs have been conditioned to equate CDI as a simple easy fix to insufficient documentation that prevents optimal assignment of ICD-10 cases, resulting in the “leaving of dollars” on the table in common CFO lingo. The adage of “if it sounds too good to be true, then it probably is not true” applies here. Taking the easy way out almost always leads to achievement of subpar performance and CDI is certainly no exception. Focusing upon reimbursement as the primary [mantra] of CDI detracts from achieving full potential achievement of successes in CDI that closely align and integrate with the revenue cycle.

CDI Has Caught a Cold….and Will Never Recover

CDI programs can make a generally positive contribution to the revenue cycle through recognition of its capability and capacity to generate long-term sustainable improvement in the quality and effectiveness of physician documentation. Contrast this with the quick fix transactional repetitive retrospective approach of CDI queries, considered simply a Band-Aid approach to documentation improvement that sorely lacks the real-time engagement of physicians as willing participants. Why exactly has the CDI profession not graduated from and migrated away from the traditional query process, substituting for a more robust process that engages physicians in wanting to learn more about best practice standards of documentation, becoming more proficient in and integrating these standards into their daily practice of medicine? The answer ultimately lies in the design, organization, implementation and expectation of CDI programs in the first place.

Effecting positive behavioral pattern changes of physician documentation is not a realistic expectation of clinical documentation improvement programs; instead generating additional revenue through diagnosis capture is the number one priority in most not all programs, acknowledging that there are a minority of programs that exemplify what CDI initiatives stand for, complete and accurate communication of fully informed coordinated care. CDI programs with consulting companies at the forefront perpetuate the notion of an easy fix to insufficient and poor documentation by continuing to promote queries as synonymous with revenue generation.

What can be further from the truth rooted in fallacies and misnomers. Development of proactive processes to documentation improvement embracing and facilitating a proactive approach to improving documentation serves as a natural starting point in realigning and reintegrating CDI with the revenue cycle while achieving meaningful measurable improvement in clinical documentation.”

Read the article at: CDI: Is Your Toolkit Well Stocked?

As the article states, a whole new level of CDI can be attained with physician buy-in. As physicians already complain about burn-out from electronic documentation of their daily encounters, adding a CDI program to their plate may face resistance. One way healthcare providers can counter this is to arm their physicians and staff with the necessary tools to provide both excellent patient care and accurate and complete documentation of their encounters.  One way that hospitals can reduce the burden on clinicians is to eliminate redundant tasks in the EMR.  For example, automated data capture systems, such as iRISupply, can provide high quality data by integrating RFID data capture technology directly into your EMR, eliminating the need to have clinicians re-enter supply and implant information into the EMR during hectic procedures.