What the Infection Risk at the Buffalo VA Can Teach Us 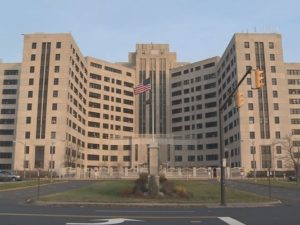 The Veterans Affairs (VA) Medical Center in Buffalo, NY is notifying over 500 patients that a recent endoscope procedure may have exposed them to a life-threatening illness.  The news was reported by The Buffalo News last week, and continues the trend of endoscope-related issues across the US.

The Buffalo VA Medical Center was cited in 2014 for issues around sterilization of medical equipment, but it appears that the warnings went unheeded.  This story by Henry L. Davis at The Buffalo News explains:

“The Buffalo Veterans Affairs Medical Center is notifying 526 patients that the use of an improperly cleaned medical scope may have put them at risk of infection.

During a recent review of the disinfection process for the reusable equipment generally known as endoscopes, it was noted that steps in the manufacturer’s instructions may not have been followed in some cases by an employee of the hospital.

Medical center officials characterized the risk of infection as “very low,” and announced they will offer screening to the patients at no charge.

Concerns around inadequately cleaned medical scopes usually revolves around the transmission of such illnesses as hepatitis C and HIV.

“Notification does not mean veterans were infected,” medical center officials said in a brief statement on Wednesday.

The employee was “immediately relieved from the position,” according to the statement.

The VA declined to offer any additional information — including what type of procedure the patients received, and over what time period.

The medical center also declined to say when or how the issue was discovered, how many scopes were involved, or what steps in the cleaning process were not followed…

This isn’t the first time the Buffalo VA Medical Center’s processes have come under question.

The Office of Special Counsel in 2014 cited the hospital for problems concerning safety standards for sterilizing medical equipment in a letter to former President Obama. However, the VA’s Office of the Medical Inspector reported that no rules were violated or patients harmed.

Before that, in 2012, the hospital acknowledged that it inadvertently had been reusing single-use insulin pens, a situation that could have exposed hundreds of patients to infection.”

This is particularly concerning on several levels—first, given the attention placed on the Buffalo VA by the Office of Special Counsel in 2014, you would think that any potential risks related to reprocessing of medical equipment would have been quickly remedied.  This is on top of the 2012 incident regarding the reuse of single-use insulin pens.  Despite a few warnings that there may be other issues going on, the hospital didn’t do enough to evaluate and correct its practices.

Second, endoscope reprocessing has been an issue at several VA medical facilities across the country over the past several years.  There was ample warning given to the other VA hospitals across the US to check the reprocessing practices at these facilities caring for some of our nation’s heroes.

Third, how did poor reprocessing practices go unnoticed for what can assumed to be years, covering 526 patients? Validating employee competencies and ongoing training should be critical for every sterile processing department. A professional atmosphere that does not constantly monitor and encourage this is troublesome. The VA should have been doing a substantial deep-dive into all other disinfecting and sterilization practices given their prior issues. Relieving a poorly-performing employee does not mitigate the risks at the facility, and it’s hard to know if that employee was the only culprit or a scapegoat.

This story once again reminds us how important it is to inspect what you expect. Without proper examination and verification, the steps that we take for granted every day can be skipped or forgotten by even the most competent staff member. Automated documentation systems such as iRIScope can make the capture and reporting of such steps seamless, while reducing the amount of time sterile processing staff spend documenting their work.  Make sure that you work with your team to identify any potential issues in your scope reprocessing workflow, and continue to gather data and provide it back to the team to track their progress to the ultimate goal – 100% patient safety.