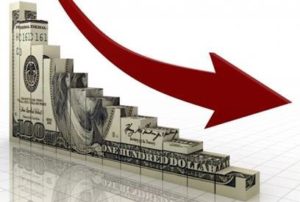 A recent research report from Moody’s Investors Service noted that not-for-profit hospital revenue growth rate have been increasing at a slower rate than expenses, leading to shrinking profitability margins.

While there has been a slowdown in the growth rate of costs at not-for-profit hospitals, the reduction in the revenue growth rate was even faster in 2017 according to the report. As this article from Alex Kacik at Modern Healthcare reports:

“The median annual expense growth rate fell from 7.1% in 2016 to 5.7% in 2017 but annual revenue growth declined faster, from 6.1% to 4.6%, despite increased merger and acquisition activity, according to Moody’s Investors Service.

This marks the second consecutive year expenses outpaced revenue, which will remain the largest strain on not-for-profit hospital profitability through 2019, Moody’s analysts said.

“This is no longer solely about expense reduction. If not-for-profits just focus on that, they will be out of business in the next few years,” said Lyndean Brick, president and CEO of healthcare consultancy the Advis Group. “They have to grow volumes, be creative and do things differently than they have done.”

Median Medicare and Medicaid payments as a percentage of gross revenue slightly increased to 45.6% and 15.5% in 2017, respectively, while the higher-paying commercial sector nudged down to 31.9%, according to Moody’s. Government payers’ share of hospital revenue will likely increase as the population ages, which has manifested in each of the last five years.

Notably, less than 3% of net patient revenue came from capitation and risk-based contracting in 2017. Most reimbursement was derived from diagnosis-related group payment (41%), fee schedule (28%) or from a percentage of the chargemaster or list price (17%).

“They have to monetize their assets,” Brick said. “They have to look at nontraditional revenue as a key driver in their future success.”

Moody’s expects more margin pressure through 2018 after median margins fell to an all-time low of 1.6% operating margin and 8.1% of operating cash flow. Income from operations was nearly cut in half from 2016 to 2017.

Investment income has provided a buffer, boosting the unrestricted cash and investments growth rate from about 5% to 9%, although that could change if the market turns, she said.

“Reversing sluggish volume trends and growing profitable service lines will be critical to improving the sector’s financial trajectory over the near-term as most hospitals continue to operate in a fee-for-service environment,” Sverdlik said in a statement.

As hospitals revamp their operations, suppliers and vendors also need to be held in check, Brick said.

“It’s important that the healthcare industry underscores a similar cost reduction pressure that hasn’t yet been fully achieved on the supplier and vendor side,” she said. “There needs to be some pressure on them to drop their prices.”

Many not-for-profit hospitals are learning to adapt to the new value-based care environment in real-time and adjusting on the fly. Utilizing the vast amounts of data that they are gathering around their procedures will allow them to identify areas of improvement and make adjustments that should yield immediate returns. One place that hospitals may find immediate opportunities for reducing their costs is by better managing their implants and supplies, which make up the second biggest component of procedure costs after labor. If your organization lacks the proper tools to provide powerful data around your supply chain spend, consider systems such as iRISupply which can collect real-time data around supply and implant usage using RFID technology and provide actionable insights to help with vendor negotiations, on-hand inventory levels and owned-consigned item mix. Powerful data analytics included with the software will give specific recommendations on which items to reduce or eliminate, and which items should be owned vs. consigned, leading to millions of dollars in cost-savings opportunities. These cost-savings opportunities can help hospitals increase their margins and provide valuable dollars to the bottom line.